Future-proofing Sweden's oldest hotel with a smart solution from COBS 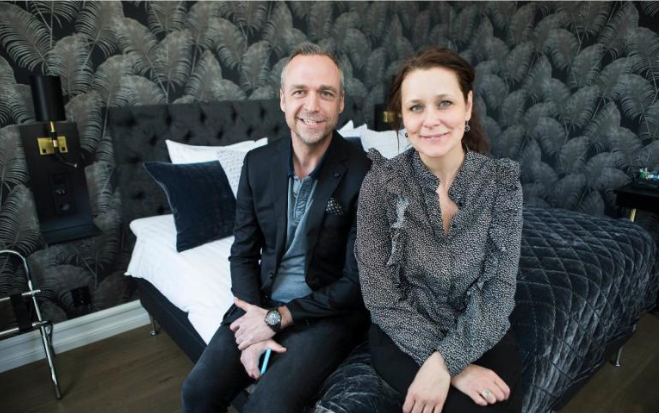 When Hotel Continental du Sud needed to install a new communication system, they chose a SMART 1 solution from COBS. The SMART 1 has everything from a modern telephone exchange to smart functions with internal communication and alarms. In addition, staff can easily control all the systems in the hotel using an android app.

- This new system provides both our guests and staff with a higher level of security, says Martin Jönsson, who runs the Hotel Continental du Sud.

Sweden's oldest hotel is called Hotel Continental du Sud and is located in central Ystad. After completely renovating the hotel up to four-star standard, the team wanted to go the extra mile. They started looking for a new switchboard to replace the existing one which was old and lacked modern functionality.

– We had no telephone queue, or a way to call people back when they rang and the phoneline was busy. This made us lose opportunities because people couldn’t reach us. With the new system from COBS, we can now enjoy these functions and so much more, says Martin Jönsson.

Increased security for guests and staff

The SMART 1 solution from COBS also includes internal communication features including smartphone, mobile, units for the staff and assault alarms. Internally, the system can be used both to increase service to guests, by summoning staff during a rush, and also to call for security if needed.

– As an employer it feels great to be able to give our employees extra security. The new system is also connected to the emergency alarms in the rooms, so the alerts go off on the staff units. This means we can find the guest who needs help quickly, says Martin Jönsson.

A hybrid that suits a modern and historical hotel

What made Hotel Continental du Sud choose COBS was the overall solution. It is a classic hotel, so it was appealing to be able to keep traditional guest telephones in the rooms with a direct connection to the reception, but the old handsets with cords have been replaced by wireless devices to increase the comfort of the guests. In addition, the staff's wireless smartphone-like devices support the app that controls the hotel's system.

– This system is like a hybrid between the classic and the modern, which suits us perfectly. We are an old city hotel so we want to keep that feeling, but at the same time we want to embrace the technology of the future, says Martin Jönsson.

Easy installation of a Swedish solution

The installation itself took only a few days, and, since it was made during low season, it went smoothly without any major interruptions to hotel operations. Everything has gone according to plan with only a few minor adjustments remaining. Hotel Continental du Sud is among the first to install the SMART 1 system and Martin Jönsson says that it feels exciting to be part of driving innovation in the hospitality industry.

– We are very happy with the help we have received. We are in the process of building another hotel, where we also will install this system from COBS, concludes Martin Jönsson.

Lagercrantz is a technology group that offers world-leading, value-creating technology, using either proprietary products or products from leading suppliers.